The central part of Vietnam where the cities of Hoi An, Hue and Da Nang are located, is considered to be one of the main touristic centers of the country. The region contains a diversity of attractions ranging from a UNESCO World Heritage town to archeological sites and even Vietnam’s former imperial capital. For outdoorsy types, the area also has plenty to offer in terms of beaches and you can find plenty of award-winning luxury resorts here. The world’s largest cave – Hang Son Doong – can also be found in the region.

If you are also visiting Hanoi during your trip to Vietnam, check out my suggested Hanoi itinerary HERE

If you are visiting Da Nang, Hoi An and Hue and thinking how long you need to spend in the area, I would suggest you go for 4 days / 3 nights minimally. The three cities are accessible from each other to be day trip destinations but I would suggest spending at least a night per city to really appreciate the distinct vibe in each place.

Where you start really depends on your personal preference and where you are coming from. During my trip to Central Vietnam, I arrived via Da Nang International Airport and headed to Hue right away as it was the farthest of the three cities. From Da Nang, Hue is around a 2 hour drive.

At first glance, Hue seems just like one of your typical midsized Vietnamese cities but spend a little more time here and you’ll soon realize its cultural importance to the Vietnamese people. The city is divided into two sides by the Perfume River (it no way smells like perfume) with the imposing Imperial Citadel situated at the north side while the commercial area is situated to the south. 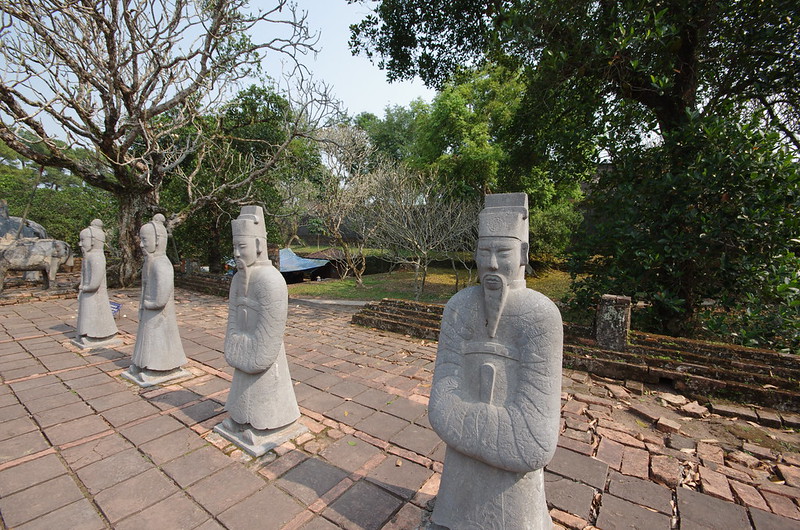 Start your tour of Hue by heading to the royal tombs first. There are 6 such tombs but the ones worth checking out are the Tomb of Minh Mang, Tomb of Tu Duc and the best one being the Tomb of Khai Dinh. For the latter, you’ll have to climb a number of steps with statues of soldiers and horses surrounding the pathway leading to the top. The tomb itself is quite grand with plenty of carvings and you can spot a distinct European influence as well. 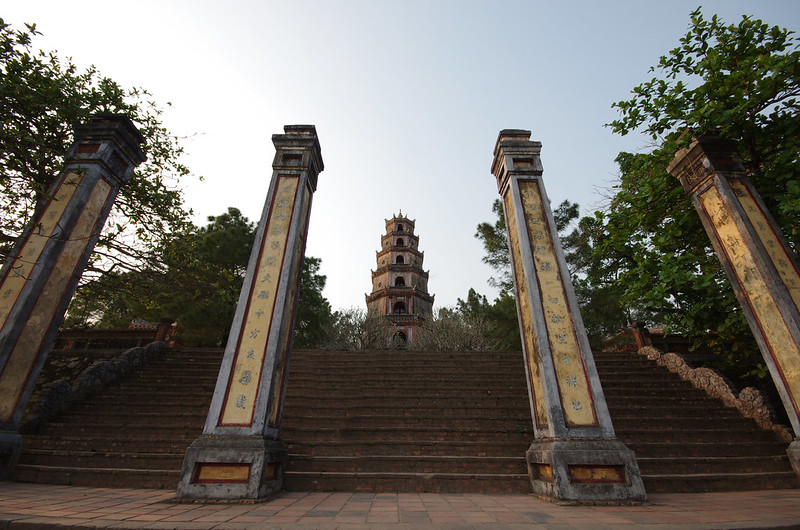 Afterwards, head to Thien Mu Pagoda. One of the most iconic sights in Hue, the pagoda was built in 1844 during the reign of Emperor Thieu Tri. While the tower is undoubtedly the highlight, it’s also worth checking out the main temple within the inner courtyard. Thien Mu Pagoda is an excellent place to visit in the morning as most tour groups would be exploring the Imperial City at that time. 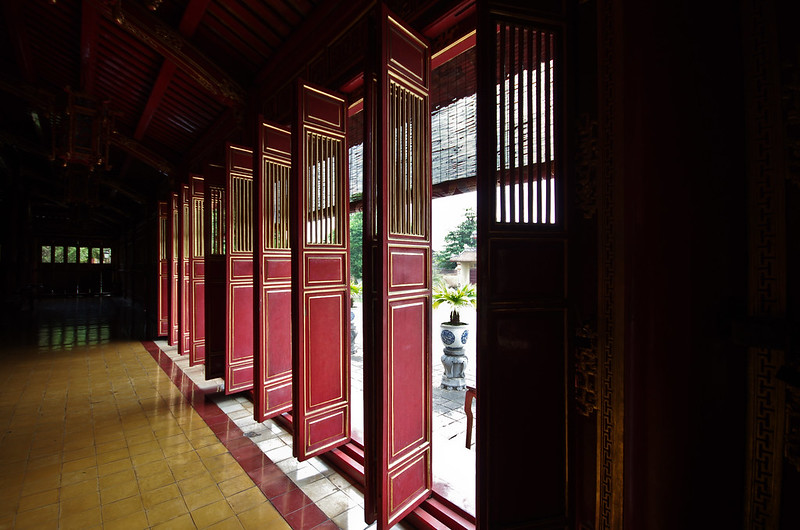 If you are arriving in the afternoon, make your way to the Imperial Enclosure as most of the tour groups would have already visited in the morning. Enter via the Ngo Mon Gate, the main entryway to the Imperial City. While inside the complex, check out the Thai Hoa Palace, the emperor’s coronation hall. The Truong San Residence or the Queen Mother’s Palace, The Mieu – the ancestral temple of the emperors, the Purple Forbidden City as well as the Pavilion of Splendor. The bulk of the Imperial City was destroyed during the Vietnam War and restoration is a painfully slow process.

Tip: For more of Hue, check out this dedicated guide

If you find yourself just in time for dinner after exploring the Imperial City, do check out Les Jardines de La Carambole (not to be confused with another restaurant called La Carambole in the other side of town) for fine French food at super affordable prices. The setting is in a colonial villa which adds to the charm. This is also a wonderful place to sample Hue favorites such as ban nam (rice cake wrapped in banana leaf) and ban khoai (crispy pancakes) in a hygienic setting.

Tip: This itinerary assumes a 2 day/1night stay in Hue itself but if you have an extra day to spare, you can check out the UNESCO World Heritage Phong Nha Cave which has one of the longest underground rivers in the world. Going there and back requires one whole day. You can join a private tour to get there.

Leave Hue for Hoi An. If you are not in a hurry, drop by Hue’s less touristy Japanese Covered Bridge which is located at the town outskirts. The setting is much more charming than the one in Hoi An with a lily pond adding color to the relatively narrow stream that the bridge serves to connect. 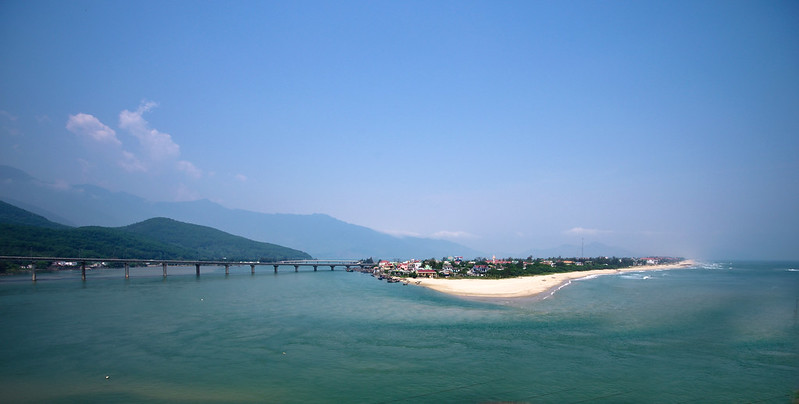 On the way to Hoi An, you will pass by some stunning scenery such as the Hai Van Pass and Lang Co, the latter which now has a couple of upscale resorts such as the Banyan Tree Lang Co. You will reach Hoi An in approximately three hours if coming from Hue. 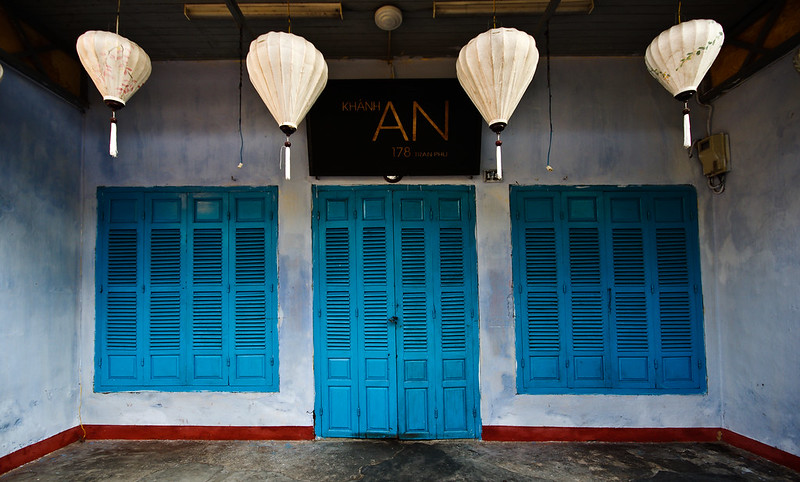 Hoi An is just the kind of town I’d imagine people would stay in when they want to take it slow. I personally returned to Hoi An a couple of years after my first visit to spend 3 days just exploring the nooks and crannies of this charming community. Compared to Vietnam’s other cities, Hoi An really centers itself in tourism and everywhere you go, you’ll find establishments catering to them.

Tip: You don’t have to pay a fee to enter the old town of Hoi An but if you are thinking of visiting the clan associations or some of the top temples, you will have to buy the ticket which allows you to visit up to 5 attractions. Hoi An’s entrance fee costs VND 120,000 for international visitors.

Hoi An is not the kind of place I imagine people would go to in order to see some iconic attraction. The attraction is the town itself and not some specific monument. However, there are plenty of “smaller” attractions to keep the traveler busy. Some of my picks include the clan associations such as the Phuoc Kien Assembly Hall, Hainan Assembly Hall, Trung Hoa Assembly Hall and the Cantonese Assembly Hall which are best explored by bike. The Japanese Covered Bridge is probably the most well-known place in Hoi An and the area is the waiting point for most tour groups making day trips in the town.

Food-wise, the culinary scene in Hoi An mostly caters to travelers but it’s pretty good. My top picks include Morning Glory (near the Japanese Covered Bridge), Miss Ly Cafe and Bon Restaurant and Bar (located in 474 Cua Dai outside the old town) for delicious Cao Lau or Vietnam’s version of roast pork noodles.

Day 3: Day Trips From Hoi An 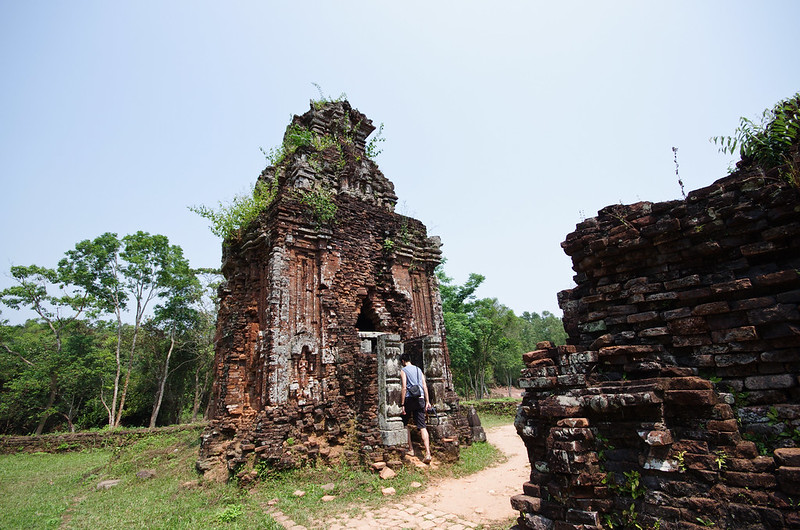 Hoi An offers a couple of decent day trip possibilities including ancient Khmer style ruins and some outlying islands. I love checking out ancient ruins so I decided to go to My Son, a UNESCO World Heritage Site that is around an hour away from Hoi An. My Son is an ancient Hindu archeological complex, built by the Champa people who used the inhabit the region around Central Vietnam. There were originally over 70 temples around My Son as documented by the French during the 19th century but much of these were destroyed during the Vietnam War. Today, only around 18 structures remain. My Son is around 1 hour away by car from Hoi An. To get there, your best bet is to join an inexpensive day tour. 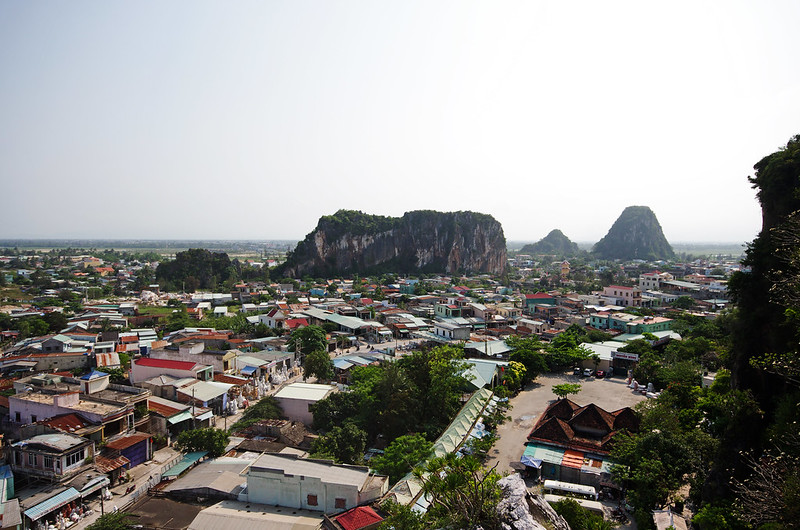 After your trip to My Son, you can either head back to Hoi An to relax for a couple more days or head to Da Nang, the largest city in the area. There is not much here in terms of tourist attractions but if you are catching a flight from Da Nang International Airport, you might want to stop by places such as the Marble Mountain – limestone rock formations with temples and shrines hidden inside caves or Ba Na Hills – a hill station which has become a theme park of sorts. The latter is a better destination if you’re visiting with children. If you intend to come here, you might want to consider booking a tour as it’s rather far for a cab or Grab to go to (you’ll also have some difficulty finding a cab to head back to town).

After having visited Da Nang’s attractions the previous day, you can head back to your place of origin on the 4th day or spend more time chilling in one of Da Nang’s many resorts. The city is blessed with a nice shoreline facing the South China Sea and there are plenty of compelling resort options here such as the InterContinental Da Nang Sun Peninsula or the Banyan Tree Lang Co.

Where to Stay in Central Vietnam

As the three cities are quite far apart from each other, it is probably best to split your hotel between Hue and Hoi An. Stay in Da Nang if you would like to have a nice beach experience.

I have visited Hoi An multiple times and have stayed in these hotels: Little Hoi An Boutique Hotel as it’s one of the few good boutique hotels to be within short walking distance to the old town and Lantana Riverside Boutique Hotel & Spa. The latter is around 20 minute walk from town but hotel guests can rent a bike for $1 a day. What I loved about Lantana despite the distance is that the room price came with FREE 1 hour massage for each night I stayed there. You can also compare prices for more hotels in Hoi An HERE.

In Hue, I stayed in the Indochine Palace Hotel which is located in the newer and more commercial part of town. It is a large hotel with a nice imperial feel. Breakfast was one of the best I’ve had at the same price range. Could not recommend a better hotel in Hue.

Getting Around Between Da Nang, Hoi An and Hue

Best way to get around is to hire your own car with driver although these days, it may be more economical to do a mix of Grab and joining local tours. The bulk of the places listed here (except for the more isolated My Son and the imperial tombs in Hue) can be visited via ride sharing apps.

Here is a rough guide for the travel time between Da Nang Airport (DAD) and the key cities in Central Vietnam:

You can arrange your airport transfer HERE.

Alternatively, you can check out this great resource with easy-to-use itinerary planners to various destinations. 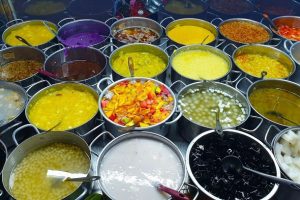 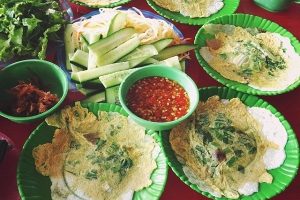 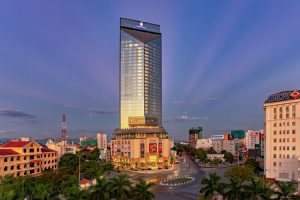